Corrosion tests. What are they and when to do them? 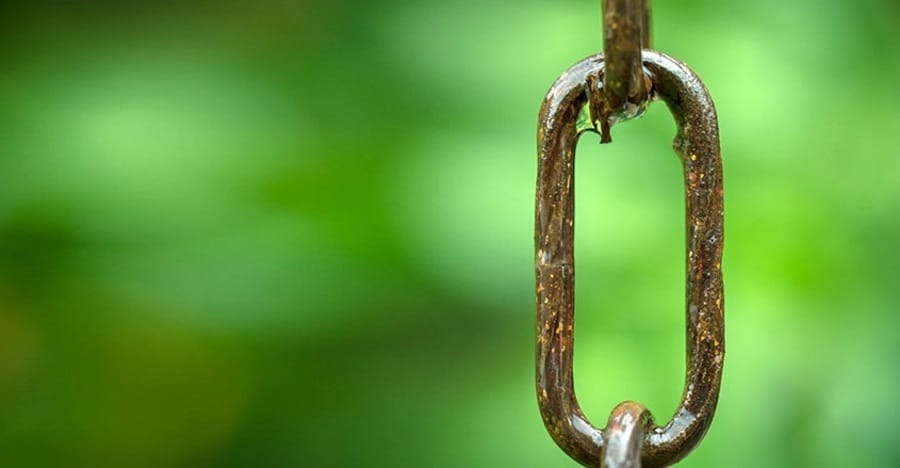 Corrosion tests. What are they and when to do them?

Corrosion tests are very important in the chemical industry in order to determine the degree of resistance of materials and improve their performance. This is essential to avoid accidents, saving large sums of money on damages and repairs. In this post we tell you what these tests consist of.

It is an electrochemical oxidation process caused by the interaction between different materials and the environment. Corrosion causes gradual wear of a wide variety of surfaces over time, especially damaging metal elements.

The phenomenon originates due to the chemical differences between metals and their environment, a situation that leads to a transfer of electrons from the material affected by corrosion to the oxidizing agent. This exchange generates a progressive deterioration in many devices and infrastructures, with the risk that this implies for the well-being of people.

What are the materials affected by corrosion?

As we have already seen, the materials most affected by corrosion are metals. However, not everyone suffers the same. While substances such as iron, steel or copper are damaged quickly, noble metals such as gold, platinum or silver are hardly altered or do so very slowly.

In practice, corrosion usually begins with the action of air and humidity, although it can also be caused by direct contact between chemical components. In addition, some materials such as aluminum or stainless steel are involved in passivation processes when they come into contact with the environment, forming a layer of oxide around them that protects their structure from corrosive effects.

What is a corrosion test?

Corrosion tests are experimental procedures in which certain samples are artificially exposed to extreme corrosive conditions. The objective is to estimate the degree of resistance of the substances to different environmental scenarios.

The main corrosive agent in nature is oxygen, but there are others such as carbon dioxide, carbon monoxide, hydrogen, chlorine or sulfur. High temperatures, the degree of salinity or exposure time also contribute to accelerate corrosion. The laboratories in charge of the tests take into account all these variables when calculating the reliability of the materials.

What types of corrosion tests are performed in laboratories?

For a specified period of time and at a constant temperature, the materials are subjected to spray environments with controlled concentrations of sodium chloride. These tests are regulated by the ISO 9227 standard.

Also known as Kesternich tests, they simulate the pollution environmental conditions of cities by introducing substances into concentrated spaces with sulfur dioxide. They are governed by the ISO 22479 standard.

In this type of tests, the samples interact with humid environments loaded with hot air saturated with water vapor, which condenses continuously or intermittently. They are regulated by the ISO 6270 family of standards.

Electrochemical corrosion resistance tests with potentiostat have clear advantages compared to traditional methods such as salt spray, such as reducing test time and increasing reproducibility, obtaining also quantitative and objective results. They are established according to the ISO 17475: 2005 standard.

When are the corrosion tests applied?

The most efficient way is to incorporate the tests into the manufacturing chain of the products, since they allow to estimate the useful life time of the materials affected by corrosion, to introduce improvements in the designs and to choose the most reliable components. All this is transcendental in sectors such as aeronautical engineering, the automotive industry or construction.

The tests function as a quality control mechanism capable of detecting failures, comparing materials and defining which ones are the most suitable for each environment. They also serve to study the operation of various corrosive processes, such as uniform corrosion, intergranular corrosion, or pitting corrosion.

In summary, corrosion tests are used to determine the quality and durability of passive or protective layers of metals such as steel, aluminum, titanium, lead or copper. Alloys composed of chromium, tin, nickel, magnetite and manganese, iron and zinc phosphates can also be analyzed. Non-metallic components such as special varnishes, anticorrosive paints, PVC plastics, enamels and ceramic elements are also evaluated.

So far the information on corrosion tests. If you want to know more about the different types of materials and how they are optimized in chemical laboratories, we invite you to continue visiting our blog.

The Martens hardness test, also known as universal hardness test or instrumental indentation test for hardness, serves to determine certain important characteristics of the mechanical properties of materials in a fast and comparatively inexpensive way compared to other methods used in industrial engineering. In this article, we explain what the Martens hardness test is and […]

Vickers hardness test: What does it consist of?

JS is the initials of Javier Sanz, CEO of Infinitia, and also the initials of a young man who is well prepared. Born in Zaragoza, from an early age it was clear to him that his professional career would be marked by analytical research of components. D. in Analytical Chemistry from the University of Zaragoza, […]