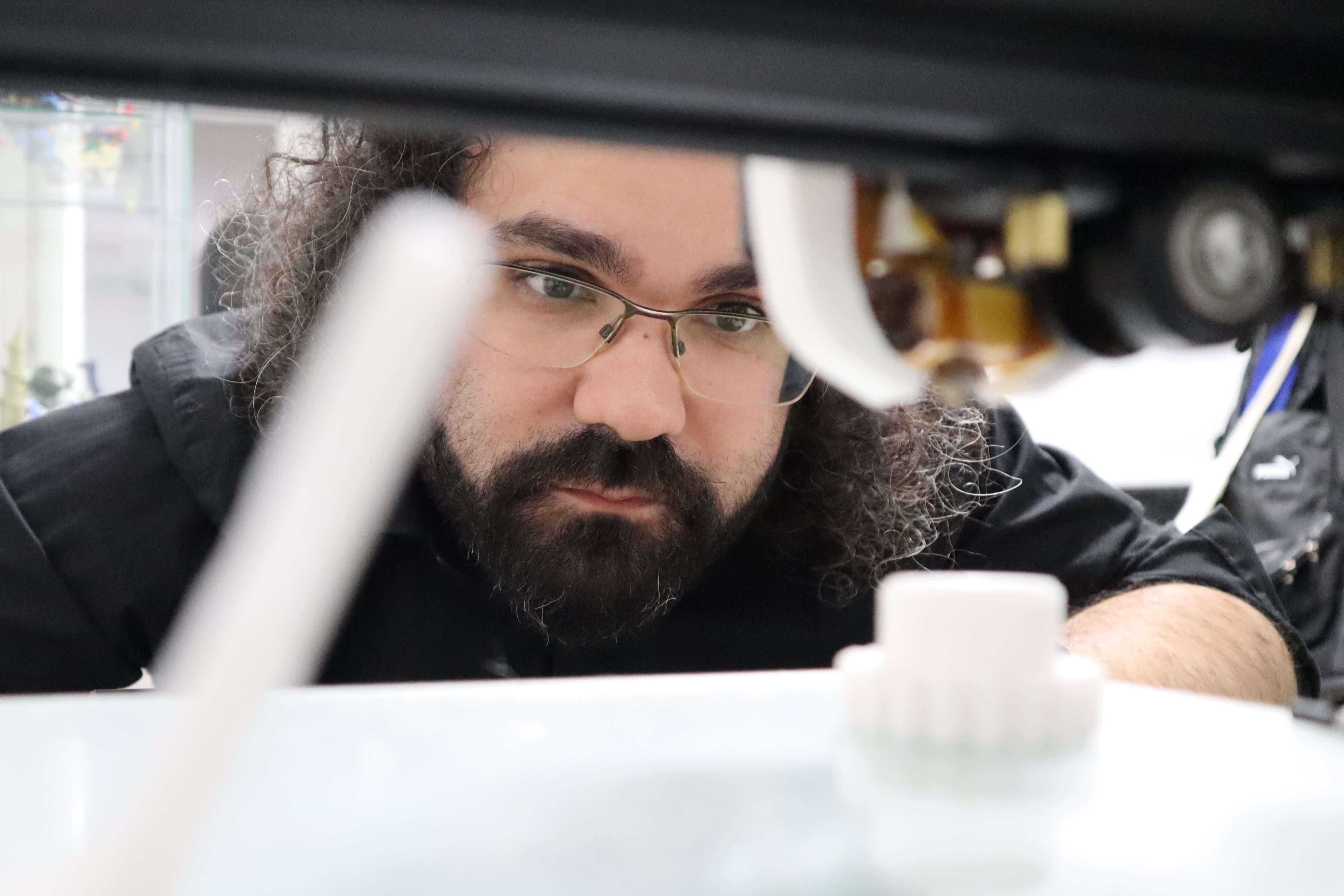 In 2012 he won a research grant from the Government of Spain with which he joined the HowLab group at the University of Zaragoza. In that entry into the professional world, he obtained his first patent with the ‘3Tool’ device, a tool currently used internationally in various physiotherapy treatments. Some time later, in 2016, he obtained, together with his startup Aureel S.L., the award for second best international business project with satellite technology from the European Space Agency (ESA). His proposal was based on what is known as ‘wearable technology’ and consisted of an ‘electronic wearable’ for non-intrusive visual support for athletics training.

Leaving aside his main achievements, Julián assures that his main inspiration comes from anyone capable of, through design, solving a problem or satisfying a need that helps to improve society and the environment without seeking economic or professional growth as a primary objective.

In this way, the role played by Infinitia’s Mechanical and Prototyping Department is to analyze the requirements of the different customers in order to develop a solution that adapts to their needs. Thus, once the idea is developed, the user’s demands are materialized in a prototype to verify its correct operation; and allows them through the necessary modifications to reach an optimal industrializable solution.

Graduated in Industrial Design Engineering and Product Development at the University of Zaragoza, with a Master’s Degree in Industrial Design Engineering at the Polytechnic University of Valencia, in 2015 Julián combined his freelance design work with his start-up with his work in the R+D+i department of Kepar Electrónica. There he specialized in mechanical design and participated in the development of several products, including the V-16 luminous beacons for automotive Help Flash brand.

Based on his experience, he talks about the relevance that, for him, engineering has today. Internet shopping platforms mean that we have access to hundreds of products of varying quality and origin. This, he says, means that a company has to resort to quality and other added values to stand out and be competitive. This differentiation is obtained, from his perspective, by resorting to services such as those of Infinitia, which offers the support of a multidisciplinary team of experts to advise them throughout the development of their product.

He also concludes that design should be a tool to improve the lives of users by solving problems and needs in an ethical and responsible manner. For this reason, he points out that it is necessary for companies to acquire this type of practices following the guidelines of other conscious companies, as is the case of Infinitia Industrial Consulting, for which he works.

Materials have different properties that make them unique. Knowing them will ensure that we select materials with the right properties to develop a given product. In this article we will see what and which are the properties of materials that we need to know in the industry. 1 What are material properties?2 Types of engineering […]

What is MVP or minimum viable product and how to do it?

The Minimum Viable Product or MVP consists of creating a product with enough features to attract customers and validate it in the early stages of the development cycle. In this article we explain what MVP is, its benefits and how to carry it out. What is a minimum viable product? A minimum viable product, or […]

How to decipher what the user needs? Research through in-depth interviews and focus groups.

A product reaches the market because it has gone through a previous design process that has made it what it is and not something else. In other words, if I, as a consumer, receive a bottle of flavored water that has a certain shape, size or aroma, it is because that research has made it […]

Utilizamos cookies propias y de terceros para fines analíticos. Haz clic aquí para saber más sobre las cookies. Puedes aceptar todas las cookies pulsando el botón "Aceptar", o seleccionar las cookies en "Ajustes".
SettingsAceptar
Cookie Policy
Necessary Always Enabled
Necessary cookies are absolutely essential for the website to function properly. This category only includes cookies that ensures basic functionalities and security features of the website. These cookies do not store any personal information.
Non Necessary
Any cookies that may not be particularly necessary for the website to function and is used specifically to collect user personal data via analytics, ads, other embedded contents are termed as non-necessary cookies. It is mandatory to procure user consent prior to running these cookies on your website.
Advertisement
Advertisement cookies are used to provide visitors with relevant ads and marketing campaigns. These cookies track visitors across websites and collect information to provide customized ads.
Analytics
Analytical cookies are used to understand how visitors interact with the website. These cookies help provide information on metrics the number of visitors, bounce rate, traffic source, etc.
Save & Accept