Rockwell hardness testing. What does it consist of? 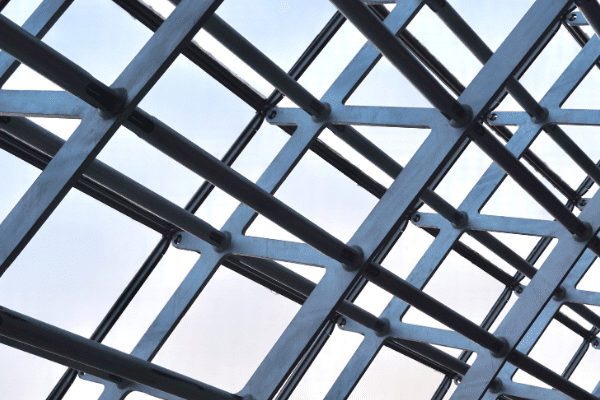 Rockwell hardness testing. What does it consist of?

What is the Rockwell hardness test?

The hardness measured by the Rockwell scale refers to the resistance to penetration of a material, usually metallic. The hardness methods of this method are currently specified in the ASTM E-18 standard, knowledge of which is essential when performing any Rockwell hardness test.

How the Rockwell hardness test works

The Rockwell hardness test measures the hardness of metallic materials in the simplest possible way, i.e. by pressing an indenter into the surface of the material with a specific load and then measuring how far the indenter has penetrated. Most of the time, the indenter is a steel ball or a diamond.

However, the reality is somewhat more complex, as due to the variety of metallic samples it is necessary to keep in mind their properties and particularities and use a different method with each one of them. In fact, there are 30 different Rockwell scales.

As mentioned above, the Rockwell hardness test consists of pressing an indenter into the test material. Each time a test is performed, two loads are applied to the sample being tested. The indenter can be either a tungsten carbide ball of a given diameter or a diamond-tipped spherical cone with a 120° angle and a tip radius of 0.2 mm, called a Brale indenter. The type of indenter and the test load determine the hardness scale, which is expressed in letters such as A, B, C, etc.

First, the indenter is inserted into the test material under a preliminary minor load and this depth is recorded. With the minor load still applied, an additional load, known as a major load, is introduced, which increases the depth of penetration into the sample. The major load is then removed and the force on the specimen returns to the minor load.

The difference in the position of the penetrator before and after the application of the major load is measured. What is used to calculate the Rockwell hardness value is this permanent deformation, caused by the higher load and the increase in penetration depth resulting from applying and removing the higher load.

Each uses a different combination of test forces and indenter types. When choosing a suitable scale for a metal specimen, evaluators consider the size and shape of the test material, its homogeneity and the limitations of each scale, as each scale requires different loads or indenters, so be very aware of which scale you are working with when evaluating the results.

Rockwell hardness numbers are identified by a prefix that distinguishes the scale used in correlation with the combination of load and indenter. Thus, for very hard materials, the Rockwell C scale is used. Whereas, if the material is very thin, lighter loads should be used: the Rockwell 30T, 1ST, Rockwell 15-N and 30-N surface scales.

Industrial manufacturers use hardness testing of metals to determine the tensile strength, elasticity and plasticity of the material. In addition, these factors also indicate the resistance or susceptibility to mechanical wear that materials can undergo in different applications.

Metals often must withstand extreme pressure or temperatures during use in the application, and hardness testing is an ideal way to determine if the component can perform.

For this reason, hardness testing is critical during quality control. Knowing the hardness of a material can also help in judging whether additional strengthening measures, such as heat treatment, are necessary.

Exposure to extreme loads, pressures and temperatures in manufacturing has the potential to affect the performance of parts composed of metals and metal alloys. Due to the complex geometry of samples and the linear correlation between hardness and tensile strength in metals, hardness testing is often the best way to establish that components will survive and perform in their intended applications. As a result, hardness testing has become an essential part of the quality control process.

In conclusion, many of the new products entering the market today are based on material innovation, the progress of which is playing an increasingly important role in the industry, driving evolution and competitiveness. For this reason, it is imperative that materials development industries, as we do at Infinitia, pay special attention to quality and selection. In this sense, hardness testing is one of the best ways to establish the quality of metallic materials and ensure their high performance.

The Martens hardness test, also known as universal hardness test or instrumental indentation test for hardness, serves to determine certain important characteristics of the mechanical properties of materials in a fast and comparatively inexpensive way compared to other methods used in industrial engineering. In this article, we explain what the Martens hardness test is and […]

Vickers hardness test: What does it consist of?

JS is the initials of Javier Sanz, CEO of Infinitia, and also the initials of a young man who is well prepared. Born in Zaragoza, from an early age it was clear to him that his professional career would be marked by analytical research of components. D. in Analytical Chemistry from the University of Zaragoza, […]