THE MATERIALS OF THE FUTURE AND THEIR APPLICATION TO SCIENCE 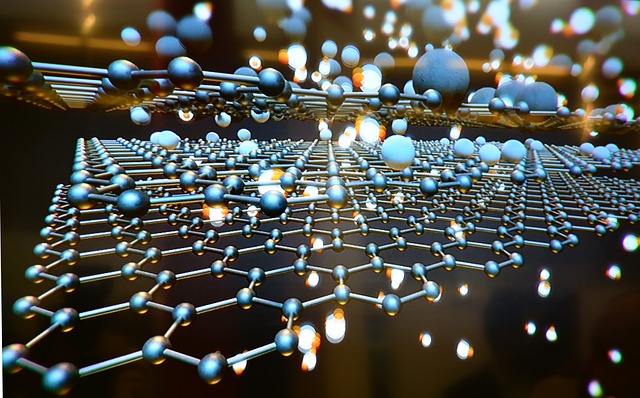 THE MATERIALS OF THE FUTURE AND THEIR APPLICATION TO SCIENCE

Innovation and scientific research continue to generate optimized ways to produce new sustainable, effective and versatile materials. As a result, large amounts of money are saved each year in a wide variety of sectors, as well as contributing to the protection and improvement of the environment. In this post we review which are the materials of the future that will mark the development of the industry in the coming years.

The potential of graphene applications to improve society is well known in many areas. It is a substance made up of pure carbon atoms organized in regular hexagons that is characterized by its extraordinary hardness, lightness, flexibility and conductivity. It was discovered in 2004 by Andre Geim and Konstantin Novoselov, earning them the Nobel Prize in Physics in 2010.

The benefits of graphene and its diverse applications make it a new disruptive material for the evolution of sectors such as robotics and photovoltaics, as well as for the development of electronic devices such as flexible touch screens, long-lasting batteries and high-speed cables. .

Although it is not as well known as graphene, shrilk is another of the materials of the future that offers more possibilities. It was synthesized in 2011 by researchers at Harvard University from the chitin present in the shell of some insects and crustaceans. The result is a compound as strong as aluminum, but much lighter.

Due to its characteristics, shrilk is a biodegradable, cheap and easy to obtain material, making it ideal for replacing plastic in the manufacture of all types of containers and disposable products, thus reducing the production of garbage and waste. Furthermore, being biocompatible it can be very useful in medicine as a method for suturing wounds or as a support for tissue treatment.

Just as living beings have mechanisms to repair wounds, some substances are capable of regenerating themselves when they suffer breaks or scratches. They are the so-called self-repairing materials, very useful for correcting defects in paints, polymers or car bodies.

There are different mechanisms for making these smart materials. One of them is to insert filled microcapsules or microtubes that, when the structure is damaged, release its content and repair it. Another option, very useful for making self-healing concrete, is to introduce bacteria that react with water, so that when cracks occur and moisture seeps, microorganisms become activated and fill the gaps.

These compounds combine the strength of metals with the lightness of foams. They can be achieved in various ways, for example, by combining a gas or foaming agent with a metal, usually molten aluminum. As a result of this union, a very strong, light weight and low density structure is created, formed by pores that occupy most of the volume.

Aluminum foams have a great capacity to absorb shocks, vibrations and noise, as well as good thermal stability and strong resistance to corrosion, offering optimal performance in areas such as construction or aeronautical, railway and automotive engineering.

Stane is a new material that is still being developed by science, but it has enormous potential in the field of electronics due to its superconductivity and its ability to insulate heat. It is composed of tin atoms unfolded in a single layer.

The most revolutionary property of stanene is its power to conduct electricity without putting up any resistance, that is, with 100% energy efficiency (even higher than that of graphene). Its implementation would mean the possibility of creating computers, batteries and mobile phone devices much faster and more efficient than current ones.

These are some of the materials of the future that will be used the most in the coming decades. If you are interested in learning more about advances in science, industrial innovation and technology for obtaining new materials, do not hesitate to continue reading our blog.

The characterization of materials is a fundamental tool to ensure the highest quality in the design and manufacturing processes of new products. In this post we will tell you what this method consists of, what are the most common techniques to carry it out and how it is used in the industry. 1 What is […]

REVERSE ENGINEERING AND ITS CHEMICAL APPLICATION

Over the past decades, reverse engineering has made possible a host of technological advancements in society. Its transformative potential is so strong that it is used in a wide variety of productive areas. In this post we tell you what this method consists of and how it is applied in the chemical industry through forensic […]

THERMOGRAPHY WHAT IS IT AND WHAT IS ITS INDUSTRIAL APPLICATION?

Thermography analyzes have become a very common method in the industry thanks to their effectiveness in preventing breakdowns and the wide variety of applications they offer. In this post we explain what this technology consists of, what its main advantages are and in which areas it is usually used. 1 What is thermography and how […]